Folklore, gods, goddesses, and legends from North and South America

Legend of the Creation Myth as believed by the Apache Peoples and retold by Phyllis D. Burns

A Salish legend of Coyote and Mole

Devils Tower and The Pleiades

Looking Southeast in the early morning hours I saw them. The Seven Sisters, sitting peacefully together, safe from danger. They have become a beautiful star cluster and celestial ancestors.

Long Arrow and the Elk Dogs

The story of Orphan Boy and the elk dogs is a Blackfoot legend that goes back to the time when the Spaniards first arrived in the new world during the mid sixteenth century. This is when the indigenous people of North America first saw a horse.

It was many, many times many days that Chief Good Running prayed and waited for the day that his grandson, Long Arrow returns home after the dangerous mission.

Orion shines so brightly on nights when the moon is not too bright as he journeys from the east. As I watch Orion I think about the people of the pueblos. The Tewa call this constellation Long Sash.

The story of a young orphan boy who was an outcast of his tribe and became a brave young warrior and hero.

Raven as Deity in Legend and Myth

Legends of Raven portrayed as a deity figure.

The spiritual symbolism found in Native American legends is often deeply hidden if the reader is not aware of the purpose for the story.

The Legend of the San Nicholas Woman

Legends can be found all over the world. Here's one from California! 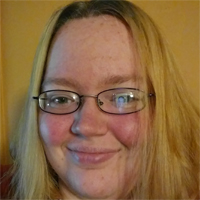 Welcome to the Folklore & Mythology forum. Here is where we share interests and get acquainted. Come play the forum games or chat with us.