Articles which are not location-specific, such as dining out, can all be found in this Miscellaneous category!

The 2018 Florida midterm elections are coming up soon. Now is the time to begin doing your research and deciding how you're going to vote. Continue reading to find out what's at stake in these upcoming elections.

In the upcoming Florida general election, Florida voters will have a chance to vote on potentially 13 proposed amendments to the Florida Constitution, pending court challenges to over half of them. Read on for information about proposed amendments 1 through 5.

The Constitution Revision Commission drafted 8 proposed amendments to the Florida Constitution when it met in 2017. Seven of these amendments are facing court challenges. If the courts do not strike them from the ballot, Floridians will vote on them in the 2018 general election on 6 November.

A History of the Florida Constitution

In the 19th century, plumes for women's hats became fashionable, leading to great numbers of wading birds being shot in Florida. President Theodore Roosevelt established the first national wildlife refuge to protect these birds. Read on to discover who else was important to this cause.

You don't have to go far to find family-friendly Halloween fun in Florida. Many theme parks, state parks, and municipalities have scheduled not-so-scary events for Halloween week, October 26-November 3, 2018.

The 2018 mid-term election is over, but some winners have not yet been determined. Be patient. The vote-counting process is happening according to procedure. Keep reading for a synopsis of Florida election administration and law.

Florida boasts over 100 places that can be considered ghost towns. Continue reading to discover a few of these interesting and historic spots in all sections of the state. Some are said to be haunted.

Florida red tides are caused by algae blooms that begin offshore and make their way toward land. The current red tide affecting south Florida began in November 2017. It has killed much marine life and adversely affected the Florida tourist industry as well as the health and jobs of Floridians.

Florida is home to 37 state forests, administered by a division of the state Department of Agriculture. In addition to protecting ecosystems and rare species, the forests offer a range of outdoor recreational activities.

The Florida State Park system has 175 units of parks, trails, and historic sites. Its 800,000 acres and 100 miles of beaches are administered by the Florida Park Service within the Department of Environmental Protection. Read on to learn its history and what it offers for recreation and education.

Alligators were once hunted to near extinction before becoming a protected endangered species in 1973. By 1987 they had recovered enough to be removed from the list and to be designated the Florida State Reptile. Read on to learn about these freshwater critters and how to avoid being attacked.

Florida Wildlife Corridor is a nonprofit organization that seeks to preserve a natural corridor for wildlife to range through Florida. Their goal is to call attention, by a series of non-motorized expeditions through the state, to the importance of keeping this corridor free of development .

The Valentine's Day mass shooting at Marjorie Stoneman Douglas High School in Parkland has prompted the passage of a new state law aimed at preventing future massacres. Here are the provisions of the new gun law.

If you enjoy observing birds, butterflies, and other wildlife, you may enjoy a visit to one of the 510 Great Florida Birding and Wildlife Trail sites in Florida. This article suggests ways to plan your visit. It also goes over the benefits of ecotourism and spending time in nature.

Industrial hemp could be the next big agricultural commodity grown in Florida. Although hemp and marijuana are the same species of plant, they are grown differently and produce different chemical compounds. Read on to discover how they differ.

Hurricane Irma devastated parts of the Florida peninsula during the weekend of September 9-10, 2017. Here are some tips to prepare for and stay safe during a hurricane.

Florida is probably not the first place you think of for mountain biking. However, the Sunshine State offers a fair number of parks with developed singletrack trails. Continue reading to find out about some of the top-rated mountain biking trails in north, central, and south Florida.

National Flags Over Florida – A History

Since 1513 the flags of 5 nations have flown over Florida. This article gives a brief history of when these flags flew over the state and a description of these flags.

In addition to supporting wildlife and protecting environmental and historical resources, the national wildlife refuges present opportunities for outdoor experiences. Florida is home to 30 of these refuges, including the very first one, Penican Island.

This article is the first part of a history of notable hurricanes that have struck Florida from 1523 to the present.

This is the second part of a history of the most notable tropical cyclones that affected Florida. It describes storms that occurred between 1928 and 1947.

Donna, Betsy, Elena - These are major hurricanes that struck Florida during the period from 1950-1989. If you are curious about the "herstory" of these "females," who were definitely not well-behaved, this article will satisfy your curiosity.

In 1992, Hurricane Andrew, a category 5 storm with winds of up to 175 mph, devastated south Florida. The destruction necessitated the updating of laws regarding building codes, insurance, and emergency management. In 2004, 4 major hurricanes-Charley, Frances, Ivan, and Jeanne-struck Florida.

From Dennis to Wilma, 2005 was a record-breaking year for Atlantic hurricanes. Here are the details about those storms.

Matthew and Irma were the last 2 hurricanes to impact Florida in 2016-2017. Although Matthew did not landfall here, he caused damage along the east coast, while Irma affected the whole state from the Keys to the Georgia border and caused the largest evacuation in state history.

On the Trail of Ponce de Leon

On 2 April, Florida celebrated Pascua Florida Day or Florida State Day, an official state holiday. The day honors Spanish explorer Juan Ponce de Leon's naming of the state in 1513. Read on to find out where Ponce de Leon's travels took him in and around Florida.

Publix – Where Shopping is a Pleasure

Publix recently has been named "the South's best grocery store in 2018" by Southern Living magazine. The company began in 1930 when founder George W. Jenkins opened his first store in Winter Haven. Today it is the largest employee-owned grocery chain in the U.S., with stores in 7 states.

Proposed constitutional amendment #4 that appears on the 2018 mid-term election ballot would restore civil rights to non-violent felons who have completed their sentences. Read on to learn about the history of revoking voting rights in Florida and reasons to vote yes on this amendment.

Florida has both a state song and a state anthem. This article presents a history of how these songs were adopted by the state and lists the lyrics of each.

The Civilian Conservation Corps in Florida

The Civilian Conservation Corps (CCC) was created during President Franklin D. Roosevelt's first term when the U.S. economy was suffering in the Great Depression. Its purpose was to put unemployed men to work doing manual labor restoring natural resources. There were 86 CCC camps in Florida.

The National Weather Service in Florida

This article gives a brief history of weather services in the U.S. and a description of the National Weather Service and National Oceanic and Atmospheric Administration (NOAA) branches located in Florida.

Ticks are present year-round in Florida. Learn how to protect yourself, children, and pets from tick bites and what to do if you find an attached tick. You will also learn what types of ticks live in Florida and which diseases they transmit.

Florida's natural resources and wild places are vitally important to Florida's quality of life and its economy. A coalition of environmental groups has put together a report detailing 6 steps that must be taken immediately to sustain our natural endowments.

Viewing the 2017 Solar Eclipse in Florida

On Monday, 21 August 2017, the first solar eclipse since 1918 will be visible across the continental U.S. from Oregon to South Carolina. If you view it in Florida, you will see a 70-90% partial eclipse. You must watch it entirely through certified solar lenses. 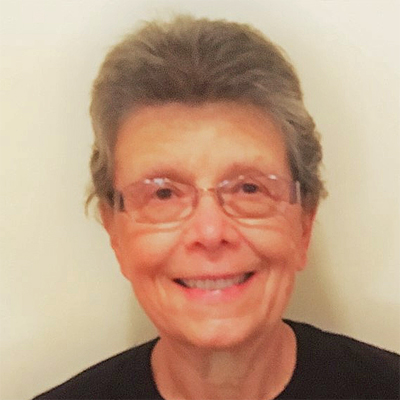