You´ll find reviews of films, books, museum shows, art happenings all across the board of the lively arts scene in Ireland.

In the first in a series of book reviews in the run up to Christmas it is hoped that some of these Irish Culture suggestions make their way into Santy's sack. "Lines in Vision" is a good bet for a bedside read. Pretty pictures, too!

Another in the series of Irish published or Irish culture themed books reviews to help you fill Santa's sack. Ordinary Dogs: A Story of Two Lives is one for dog lovers who will also appreciate a memoir of how two mongrels played a crucial role in an Irish Times' writer's life.

I am often asked to recommend books for people who are preparing for a trip to Ireland. This book never fails to make the top five on my list.

Ireland's past has a rich literary culture with four Nobel literary laureates. But the current literary culture is just as rich and even more varied. Here are some of my favorite contemporary Irish authors.

Culture Night is an annual, country-wide, all-Ireland institution where Irish art and creativity is celebrated.

A brief history of the life of Grace O´ Malley, Ireland´s lady pirate

There's a national conversation going on in Ireland in September 2015, discussing Irish Culture and the direction for the arts over the next decade.

James Joyce is recognized as one of Ireland´s greatest writers and one of the pioneers of the modern concept of"free speech" in writing.

James Joyce is recognized as one of Ireland´s greatest writers and one of the pioneers of the modern concept of"free speech" in writing.

Letter from an Irish Mother

"Love, Rosie" is a new title for "Rosie Dunne" is Cecelia Ahern's gift to everyone who enjoys a bright, witty read with star-crossed lovers and lots of guts. As "P.S. I Love You," Cecelia's first novel, broke hearts worldwide last year, "Love, Rosie" has us laughing and crying beginning to end. To

"Original Irish Stories - 60 Lyrical Yarns" by Pat Watson. This is a book review that I'm very happy to write.

A short essay on Oscar Wilde --his life--his writings--his troubles, including the infamous trial for indecency and homosexual behaviour.

A short essay on Oscar Wilde --his life--his writings--his troubles, including the infamous trial for indecency and homosexual behaviour.

"Pomegranate Soup" is set in Ireland, the story of courageous Iranian sisters who leave Iran and seek a safe, anonymous life in the west of Ireland. 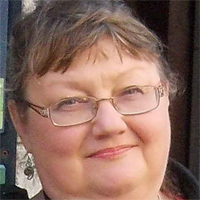 Welcome to the Irish Culture forum. Talking about Ireland, here´s the place.

Four of Best of Munster

The Four Best of Leinster